Posted on September 3, 2021 by UnbreakableHoe

First off, we’d like to thank everyone who participated! The use of armour stands were astounding this time, we really were impressed. 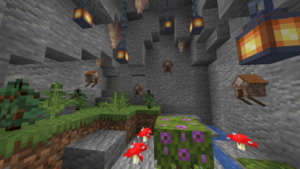 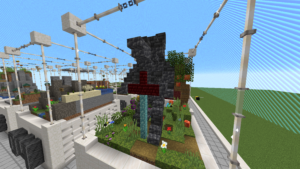 And lastly, in First Place with their stunning recreation of “Up” is Sealio on Plot 8 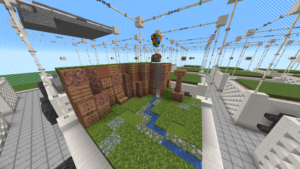 Thanks to everyone who built, we hope to see you take part again.
If you are listed here, you have been given your rewards and if you placed in the top three you can claim a unique prize item at /warp prize!

First off, we’d like to thank everyone who participated! The post apocalyptic builds gave us chills! Before we get into the top three, we have some honourable mentions.

Third Place: With a stunning decimated suburban street, we have Alesiaz on Plot 2 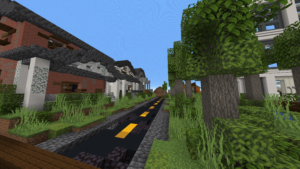 Second Place: With their amazing freeze frame of a city about to be blown up by a nuclear bomb, we have The_Bi_Agenda on Plot 1 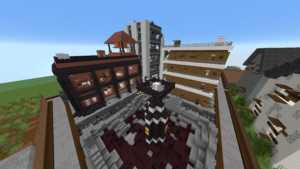 First Place: Last but not least, for their amazing desolated, war ravaged and destroyed buildings, we have Juice_BoxHero on Plot 6 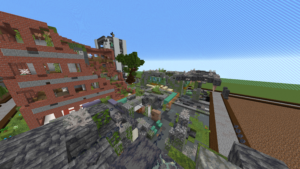 All players listed here have recieved their token and money rewards on survival, and, additionally, the players who ranked in the top 3 can claim their unique prize item at /warp prize

Posted on August 1, 2021 by UnbreakableHoe

Thanks to all who participated in the contest, the caves were stunningly beautiful with great use of the new 1.17 blocks!

In third place we have raposo_the_guy on Plot 1 with their cave full of creepy crawlies and mythical creatures. 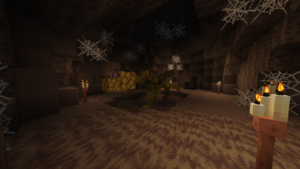 In second place we have wizkrys on Plot 3 with their abandoned expedition cave. 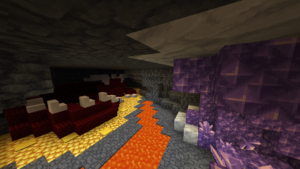 And last but not least, in first place we have ll_aeternum_II on Plot 4 with their stunning lush and populated cave. 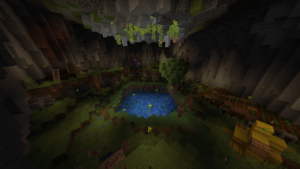 Tokens and money have been given to the winners, and you can collect your unique trophy item from /warp prize

Posted on July 9, 2021 by UnbreakableHoe

Thank you to everyone who participated!
The various Fireworks shows were explosively passionate, but before we get into the top three, here are some honourable mentions:

In Third Place is Krastic on Plot 4 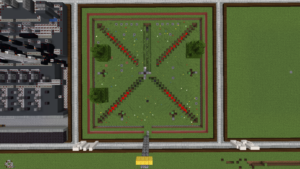 In Second Place is TijmEnd on Plot 12 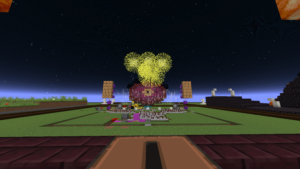 And First Place goes to ms_pink_mermaid on Plot 11 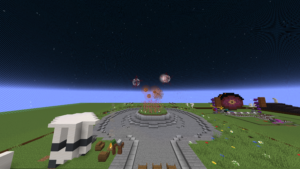 Rewards have been given to anybody who scored 40+ points. If you were in the top three, there is a prize waiting for you at /warp prize on Survival.

Our Survival, Creative and PureSurvival servers have now been fully updated to 1.17.

As a quick reminder of some of the changes introduced to allow access to the new content:

Event servers and such will be updated at a later time. We look forward to seeing what you all create with the new blocks and items! 😀

ClownerCraft will be updating sandbox servers to 1.17 this weekend!

There will be some downtime for individual servers, but the network as a whole should stay online the whole time. We will be staggering the update over a few days so that you’ll still have something to play on while the other servers are down for the update. And of course, if all else fails – go join the firework contest 😛

There are two features which we expect to be broken for a while after the update:
Firework maker (/fwm) and /lay still need to be updated.

If you missed the details of some of the changes we will be making with this update, you can read the plans here: https://clownercraft.net/2021/06/06/1-17-update-plans/

Thank you to everyone who participated!
The builds were truly amazing, especially considering the very limited block palette. Before we get into the top three, here are some honourable mentions:

With 40+ points, we have:
ms_pink_mermaid and NinaLikesTurtles on Plot 1
Actionman11 on Plot 6
Yeofam on Plot 7 and
Vinnie3 on Plot 15.

And last but not least, the top three!
In Third Place is Tekkersmon on Plot 17 with their beautiful town. 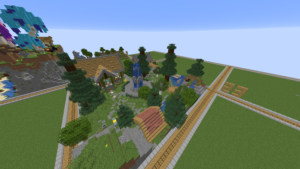 In Second Place is ll_aeternum_II on Plot 11 with their meteor barraged fantasy landscape. 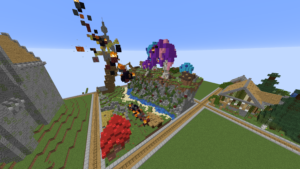 And last but not least, First Place goes to ReconXMaverick and Mckenzie1700 on Plot 10 for their stunning mushroom village. 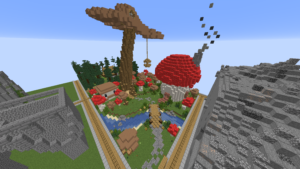 Rewards have been given to anybody who scored 40+ points. If you were in the top three, there is a prize waiting for you at /warp prize on Survival.

TL;DR We’ll update to 1.17 as soon as we can, probably a few weeks after it’s release. PureSurvival gets a worldborder expansion, Survival’s Explore worlds will reset and we’ll add some new shopping things to encourage player shops to sell the new items.

With 1.17 expected to release this coming Tuesday, it’s probably time we shared what our plans were to make sure you can access the new content on our network. I’d normally try to share these sorts of things as soon as the first pre release appears, but with Caves and Cliffs being split into two parts, we haven’t been able to finalise our plans quite as quickly this time around.

First though, the usual update disclaimer: We will update as soon as we can, but because of the way servers run, we have to wait for paper, plugins and various other things to be updated and stable. This can take several weeks after the update releases. As usual, we will aim to get 1.17 client support up and running within a few days of the update, but getting the server onto 1.17 to access the new content may take a little longer. We will share a more accurate ETA once we have one, but please be patient, and remember that our entire staff team are volunteering their time and often have other things which have to take priority.

Here’s the major changes we plan to implement to get access for the new content on our sandbox servers:

There is still potential for these plans to change, but that’s about everything we’ll be doing for this half of Caves and Cliffs. If you have ideas or feedback, please do share in #suggestions-feedback on our discord server!

Thank you to everyone who participated! So many amazing cakes!
To start off we have FerettaClaymore on plot 10 who got 40+ points
Then who got 60+ in our point system is najbuilders on plot 3, Buubadoof on plot 4, Zanestillplayz on plot 8, The_Bi_agenda on plot 11, and liamplayer on plot 20.
Now to the top 3!

In Third place is TijmEnd on plot 19 with their parkour cake! 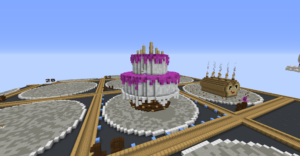 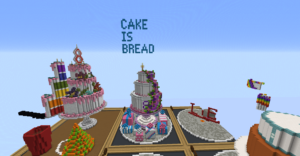 And first place goes to W0lfZZZ on plot 15 with their Clown Cake! 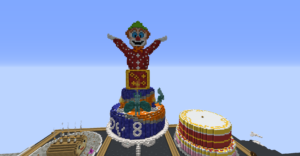 Rewards have already been given out. If you got top 3 then you have a prize waiting for you at /warp prize.

The download for the world will be edited here soon!

Just a little update with some changes to voting, based on feedback from our survey:

Head on over to our voting page to go earn yourself some tokens and money!