Today we have launched for sale our A-List memberships.
Nothing much has changed since the previous announcement, apart from we’ve removed the requirement of having VIP+ to buy it, so A-List is now completely independent of VIP and VIP+.

On top of that, everything on the store will be 50% off until the 2nd November. Visit shop.clownercraft.net to support what we do.

We know a lot of you can get precious over the look of your VIP and VIP+ suffixes, and so, we’ve made it far easier to get it just how you like – with the new VIP, VIP+ and A-List Suffix Editor.

If you have one of the ranks simply use /ccsuffix and it will open up the editor GUI. From there you can quickly pick colours and symbols and update your suffiix without bothering a mod!
Theres even a much wider selection of symbols for VIP+ and A-List memberships… with a total of 48 choices.

A-List will be available very soon. So keep an eye out!

Oh and also we’ve fixed the issue with not being able to use colours/formatting on signs. So enjoy that one too.

We will soon™ be making available a new paid rank: A-List Membership.

If you’ve followed for a while we (sort of) recently removed our Supporter Membership rank from sale. This was because of a lack of sales, and we thought it was best to move on, and try to offer something new. For quite a while we’ve been planning to implement a new membership, and so this is what we’ve settled on.

A-List will be a little different to VIP and VIP+, in that it will be a subscription package.

Instead of paying once and just having the rank, it’ll cost $5/month (USD). And you’ll need to own VIP+ first before buying it.
We’ve made this decision since it will allow anyone who plays regularly to contribute more than once to the running costs of the server, and in turn this should help us to make sure we constantly provide a good service, and that we really do encourage players to stick around.

VIP and VIP+ will remain as they are, where once you’ve paid for them, they’re yours forever. And you know what else? We’ve just lowered their prices to $10 and $20 respectively. 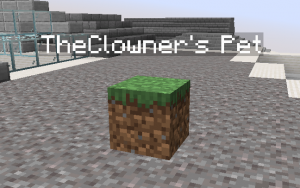 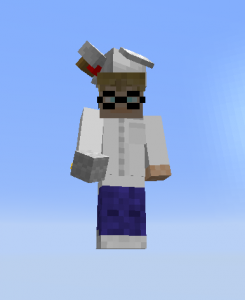 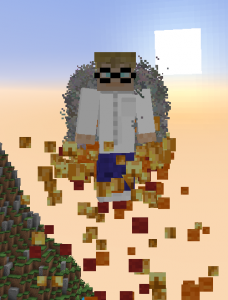 * A choice of 48 different symbols and 16 colours. This feature is still in development and may not be available at launch of the new rank.

We are still looking at other possible perks for A-List, as well as potential additions to VIP and VIP+, so if you have any ideas please do share them with us in #suggestions-feedback on our discord server.

Halloween is here yet again! For those of you who are tired of the same old pumpkin carving contest every single year, I have good news for you. For this year’s Halloween build contest, the theme will be “Haunted House.”

Teams of two are recommended, however you may work independently if you wish. To claim a plot, please create a ticket stating who you will be working with. For example – [/report contest with ———] or [/report contest alone]. A staff member will assign you a plot as soon as possible. Please ensure you have your teammate’s approval before creating a ticket.

Prizes will be split amongst team members.

TL;DR Creative has now moved to LuckPerms. RIP GroupManager. All Players can now access the freebuild world. Access to worldedit is now easier – clipboard stuff is only a worker perk now! See our ranks page for full list of perks. And we have more plans… But we’d love to know what ideas others may have to make creative better.

I don’t know how many people would remember when a long time ago we may have said we’d uh, reshuffle the creative rank perks to give easier access to worldedit. Well, we finally did it. It’s only like, been sat in our creative todo list for two years.

Before I get into the specifics of what we’ve changed, I want to share a little about what’s been going on within our team:
Welcome to the new ClownerCraft. Things actually happen now.

We’re hoping you have noticed how we’ve actually started to well, finish a lot of the things we’ve been working on or planning for years. Recently as a team we have tried to refocus on a smaller number of things in the hope we can actually get everything done in a reasonable time, rather than pushing things back repeatedly. And hey, we’ve actually managed to *mostly* keep to the deadlines we set this time.

As always, we do have a bit of a backlog of things we’re trying to sort out, but we are more than happy to hear your feedback, just don’t get disheartened if we have to say it’s not something we are able to do at this point in time. In order to make sure we’re not spreading ourselves too thin, we have shelved a handful of projects, including SpherePVP, ZombieWorld and a few other bits. We do have a number of projects we are working on, but we don’t want to reveal too much just yet- since theres plenty of small bits and pieces we’re trying to get done first- some of which

But anyway, onto Creative!

We’ve now migrated creative onto luckperms like the rest of the network. Which means we are finally free from groupmanager once and for all! While to most people playing this will be no big deal, it will make such a big difference to us as we work on new things, since we don’t have to worry about paid ranks transferring across, and we can’t uh, forget to demote a mod somewhere. Like with survival’s migration, we believe everything should continue to work as it did, but if there is anything thats a problem please make sure to let a member of our team know so we can get it sorted.

The more exciting news however, is that we’ve changed around the creative rank perks. And this is only the first part of our planned improvements for creative.

Our new perks allow players a wider access to worldedit within their plots, and most perks have moved forward in the rankup chain. For example //copy and //paste are now a perk for Worker and above (instead of Builder). But theres a large number of changes, so I suggest you look at the ranks page of our website which has been updated to reflect the new creative perks. But some of the notable changes are: more plots for Player, Worker, Apprentice and Architect; All players can now access the freebuild world (but only worker and above can use worldedit there); and the additional worldedit commands already mentioned.

We have also added the worldedit SUI plugin, which allows your selections to be seen with particles. For those who are worker or above you can also see particles for where your clipboard would go. These are also visible to other players to help with those who build together.

As said already, we have more planned, but I wont share too much on that just yet – as some of it is still in the planning stages. We’d love to know any other ideas you have that would help us improve creative, so please do share in our #suggestions-feedback channel on discord, or on our forums.

Sorry about the essay.

We did a thing! Parkour server now open.

Yes, you read that right… we uh, actually finished a thing. 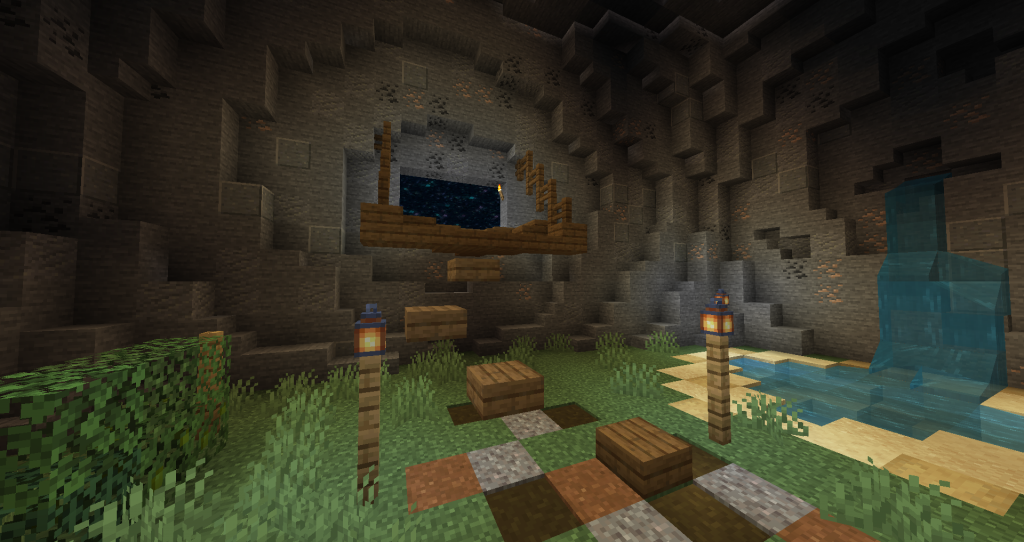 So you can now use  /parkour  to visit our brand new Parkour Server!
How exiting! So time to go have fun trying to complete the challenges that lay beyond that portal…

As of today we’ve now moved our survival server onto our new permissions system, which was already in use on other parts of the network. And this is one of those changes that you likely wouldn’t notice – but has a significant impact on the running of the network.

We’ve finally replaced GroupManager on survival, since uh, it’s no longer regarded as a decent permissions plugin – when it was the top choice for many back in the day when ClownerCraft first started. But as ClownerCraft has grown over the years, it’s become apparent that we needed to upgrade to something a little more up to date.

This change should make some improvements to stability, particularly reducing the lag caused by typos in permissions commands as well as fixing the occasional vanishing of ranks that occurred with name changes. But above all else, it’s just going to make things easier to keep track of within a multi-server network. If you’re wondering what took us so long, the answer is mostly down to working out how to transition without everyone losing their ranks.

We have not yet switched creative over, but will be doing this in the near future – although we will have some more news to share regarding creative soon™

As far as we know, everyone’s ranks should be in tact, and you should still have access to all the same perks. All being well you should not notice any difference, but if any of your rank perks no longer work on survival, or you’re missing your rank – please create a ticket (/report) and we can get that sorted!

TL;DR We changed a thing on survival. If anything doesn’t work to do with ranks and their perks please tell us so we can fix.

I’d like to start this off with an apology, as the Scavenger Hunt has been delayed due to various reasons. We need more time to discuss how the whole thing should work and to make it a fair experience for everybody participating, so we’re moving it to later on when we’ve had the time to develop the idea and execution of the contest.

The Haunted House contest is still on track, and should be ready for plot claiming at the scheduled time – Details on the contest and the prizes will be announced later on, so look forward to that!

Again, apologies to those who wanted to participate, and we will try to create a fair and functional Scavenger Hunt in time.

Since we didn’t get much feedback on having the Ender Dragon dropping an Elytra in Pure Survival to add both renewability and a faster way to get around the world, we as a Staff Team had to make the decision ourselves. So we did!

You can now respawn the Ender Dragon as you normally would (via 4 End Crystals), and when it dies it will drop an Elytra! So if you want to put the effort into grinding Ghast Tears and finding the portal yourself, you can now actually get some form of reward from it 😀

Any feedback about this addition we will gladly listen to in the #suggestions-feedback section of our Discord.

Many hopes that this feature will make for a good addition to Pure Survival overall, and good luck to those who fight the dragon for it!

Posted on September 8, 2019 by TheClowner

VIP+ members may now use /dis and /undis again. You can now use it on Survival, Creative, PureSurvival and the Hub.